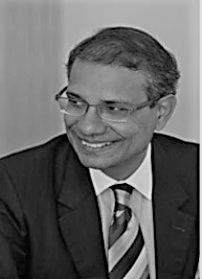 Dato Paul Supramaniam has had an illustrious international career. He is the Founder of Law Asia, the first international law firm headquartered in Singapore, owned by Singaporeans, with associated offices across Asia and Europe. Prior to that, for 30+ years he was with major international firms in Europe and America. He was the first Singaporean to become a Partner at a major international law firm in London, was Asian Managing Partner of a leading British law firm and a Senior Partner Asia at Latham & Watkins (one of the world’s top law firms). He is a Singapore nominated member of the Court of Arbitration for Sport, Lausanne and was a member of the Professional Affairs Committee of the Singapore Academy of Law. He has sat as independent director on the Asian Boards of CEPSA (a Spanish MNC),  Plexus Group (UK-listed), international shipping groups and as senior legal advisor to Konecranes (OMX-listed), Fortum (OMX-listed) and Inmobi (Indian mobile advertiser). He is the Chairman of the Global Resilient Cities Network Singapore, a Commitment to Defence Ambassador of Singapore, immediate Past President of the Singapore Oxford and Cambridge Society and Hon. Legal Advisor to the Securities Investors Association of Singapore ( SIAS).

Paul was the Wright Rogers Law Scholar of Cambridge University, Master of Moots ( Cambridge University) , a past President of the Singapore UK Association, a former Vice-President of the British Chamber of Commerce in Singapore and was on the International Council of the Yong Yoo Lin School of Medicine. He is a member of the India Business Roundtable and a former member of the Singapore British Business Council. Paul served as a senior officer in the Singapore Armed Forces and has been conferred various honors/ medals by Singapore, Malaysia, the United States of America and the United Kingdom. He is a Knight of the Order of the Crown of Pahang.